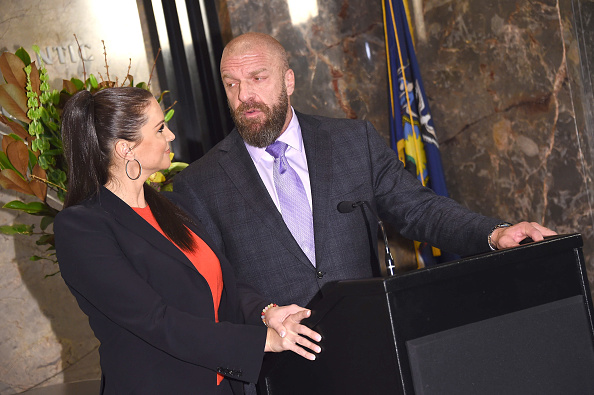 The WWE Network is great. The WWE Network is arguably the best wrestling streaming program in the world. Every time the WWE does something unpopular, namely push Roman Reigns, people rev up the ol #CancelTheWWENetwork movement, but it’s just silly. If you’re a big enough fan of the WWE that you would be a customer in the first place, why would you want to cancel it? You don’t like the modern product? Fantastic, the network allows you to watch the older product.

However, that’s not to say it can’t get better. Just playin around, here are five ways the WWE Network could be improved. It’s completely serious and doesn’t at all start off by pandering to the online fanbase.

Five Ways the WWE Network Could Be Improved

I’m kidding, I’m kidding, let’s all relax. We all know the sun rises, the sun sets, ooahhhhh, one, two, three, boo. Am I right? Hate that guy. Too sweet me, bro.

5. Deliver on Other Promotions

A while back, the WWE caused quite a stir when they asked subscribers if they would pay more for the network if it meant they received work from other promotions, specifically naming TNA, Ring of Honor, PROGRESS, ICW, OTT, and hilariously, New Japan Pro Wrestling as potential additions. There’s some fire to this smoke too, as Finn Balor made an appearance at PROGRESS: Chapter 42, and Triple H himself showed up at an ICW event.

Obviously we won’t be seeing Ring of Honor or NJPW on the WWE Network any time soon, but a few of those are completely reasonable. Especially the U.K. promotions, as many feature members of WWE’s U.K. division. Speaking of which…

I was promised a weekly television show about the WWE’s United Kingdom division. I got one special, several months ago, and now it’s become a midcard title on NXT television. Obviously, British Strong Style, aka the meat and potatoes of WWE’s U.K. Division, are still working elsewhere, but c’mon. If the WWE doesn’t actually deliver on a U.K. show, then it really does feel like the company just did this tournament to crush World of Sport. That’s not what it was, right Vince??

Sometimes I’ll be sitting at home after a long day of saying my prayers and eating my vitamins and I’ll think, “Man, wasn’t Seth Rollins’ run as WWE World Heavyweight Champion really enjoyable?!”. I’ll think about his great match with Neville, his weird friendship with the New Day, and the awesome moments where Sting and Lesnar made their interest in his title known. What about that time he begrudgingly joined up with Roman Reigns and Dean Ambrose to take on the Wyatt Family? Man! I’d love to watch that!

Well, in order to do so, I have to go through the Raw Replays, fast-forward to each segment, stop, go to the pay per view, find the match, and then go back. That seems lazy, but I’d definitely use the product more if they made access to my favorite segments easier. There’s already a search bar, why not just expand on that?

Here’s a fun idea. The WWE Network already has playlists, and they’re great. I can track the evolution of Randy Orton, the dominance of Asuka, and even the rise and fall of the Shield. But why not allow the WWE Universe to create their own playlists? Give them the option to go back in time, pick their favorites, and have an easily accessible playlist?

There have been two brand splits in WWE history, and they’ve both achieved a measure of success. However, there were times during both processes where the plot continuity went from Raw to SmackDown. If you decide to binge storylines either before the first or during the two brand splits, it’s a bit of a pain to leave Raw, go to SmackDown, and pick up where we left off. This is a bit of a cop-out because it’s very similar to the last one, but it warranted it’s own spot.

Also, at some point, Thunder is going to end up on the Network, and we’ll need a program that allows the Network to carry on from Nitro.

Did you love the Edge and Christian Show That Totally Reeks of Awesomeness? Because I did. What about the Rivalries series? Me too! I love original programming on the network because most of it actually seems to be pretty good! However, WWE disagrees. Because they haven’t greenlit the second season of the EACSTTROA and they haven’t added a new episode of Rivalries in years.

Allow your customers to say what they do or do not like on the network and then keep the highest rated programming. It wouldn’t kill ya to give your customers what they want, it might even be good for business. Plus, some of the programming is really great.

It’s good that they’ve kept Ride Along and Table For Three, but what about Rivalries? We haven’t seen Y2J vs. HBK or Triple H vs. The Rock or John Cena vs. anyone not named The Rock. Your company is built on a rich history of exceptional feuds, why not remind people?

And what about Edge and Christian? They’re obviously interested, and their podcast is a hoot. It’s a funny little show and reportedly one of the most popular shows on your network. If you’re going to have original content, stick to it!

What about you, Bro?

What do you think? How can WWE improve their network? Let us know in the comment section below or on Twitter @WeAreBroSports! Thanks!