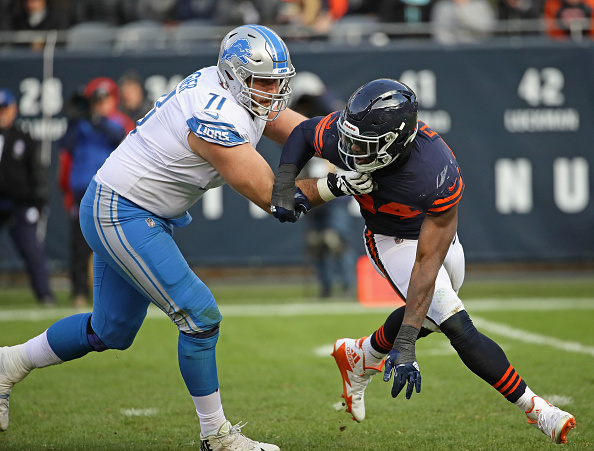 NFL fans! Rejoice, the season is finally upon us! No more drama, no more speculation, just 11 on 11, good ol fashion, hopefully underofficiated foolsball. To quote Jarvis Landry, “bless em.” Before the Atlanta Falcons and Philadelphia Eagles kickoff on Thursday night, here’s my list on a few NFL teams that could surprise in 2018.

Four NFL Teams That Could Surprise in 2018

The NFC South is the best division in football, no doubt. Any of the three playoff teams from 2017 could return to the postseason and make a deep run. So why are the Falcons a team that could surprise? Frankly, because people are sleeping on them. They’ve got all the potential in the world. The Falcons split with the Saints last year, and only got better in the off-season, especially with the selection of wide receiver Calvin Ridley. The Atlanta Falcons could return to 2016 form if they just fixed their offensive gameplan a little bit. Paging Matt Ryan, throw to Julio Jones. End of story.

The Oakland Raiders have been the laughing stock of the NFL lately. They traded their best player, they have the oldest roster in football, and their head coach is a cartoon character. However, that doesn’t change the fact that this team has improved… for the most part, this off-season. The trio of Jack Del Rio, Todd Downing, and Ken Norton Jr. were awful last year. The Raiders were out-coached in every single game, and had to lean on pure, unfiltered talent, to collect the few wins they actually had.

Say what you will about Gruden, but his coordinators, Greg Olson and Paul Guenther, are a huge upgrade. And the aging roster? Gruden cleaned out a lot of players that haven’t lived up to their potential (obviously not including Khalil Mack), and replaced them with proven veterans that can get some work done. They may have drastically lowered their ceiling for 2018, but they also dramatically raised the floor. The offense alone should carry this team to a few wins, and in an AFC West with no real favorite, that could be enough.

Before moving on, isn’t it a little unfair that the Raiders are being mocked for not paying one of their best players and having him hold out, but nobody is saying anything about the Pittsburgh Steelers and Le’Veon Bell? The Steelers have held Bell hostage for years with the franchise tag, but the Raiders didn’t pay Mack when he was under contract and they’re criminally unfair to their players? Mk. We see how it works.

The Los Angeles Rams and San Francisco 49ers have been the darlings of the off-season in the NFC West. The Rams have added serious star power with Aqib Talib, Marcus Peters, and Ndamukong Suh, while also re-signing the likes of Todd Gurley and Aaron Donald. Meanwhile, the 49ers are still undefeated since trading for quarterback Jimmy Garoppolo late last season. The Arizona Cardinals are bad, in the middle of a rebuild, and everyone has kinda given up on the Seattle Seahawks.

It’s easy to see why. They jettisoned a lot of their star players this off-season and didn’t do a whole lot to improve. They’re missing pieces all over the place, and I certainly wouldn’t bet any money on them being playoff contenders this year. However…

They still have Russell Wilson. They still have Doug Baldwin. Bobby Wagner is still around, and this is the best the troubled offensive line has been in years. Seattle sacrificed a lot of their older veterans, but they also brought in a ton of young talent. If you remember, Seattle rose to prominence by relying on young, hungry players.

I’m not sure they’ll be a great team, but I think the rumors of their demise has been greatly exaggerated.

The Chicago offense is full of question marks, but has anyone stopped recently to look at Chicago’s defensive depth chart? Here are a few names. Leonard Floyd, Adrian Amos, Danny Trevathan, Roquan Smith, Kyle Fuller, Prince Amukamara, Eddie Jackson, and oh yeah, this guy named Khalil Mack. Good lord. If that’s not one of the best young defensive lineups in the NFL, I don’t know what is. It’s a foregone conclusion that the Green Bay Packers and Minnesota Vikings have this division locked down, but you know what they say, defense wins championships.

One thought on “Four NFL Teams That Could Surprise in 2018”