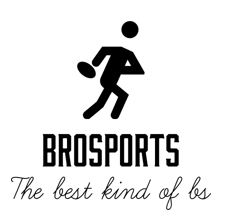 Here at BroSports, we like saying crazy nonsense that makes sense to us, but infuriates people on Reddit. So moving forward, we’re going to be doing a series breaking down the all-franchise team for, you guessed it, every franchise in the NFL. That’s 32 articles about every team, breaking down the best players to ever suit up for their squad.

So how did we decide who was the best player at each position? We thought about it, and whoever we came to mind, we picked. I’ll try to make an argument for each player,but ultimately, it’s just the ol’ gut. If you disagree, feel free to invade the comment section or attack me on the Twitter (@RyanSmithNFL).

Brett Favre may have been the best quarterback to ever suit up for the Atlanta Falcons, but he didn’t really have a hall of fame contribution to the team, did he? Joe Montana is easily the best quarterback the Kansas City Chiefs ever had, but nobody outside of a weird section of Kansas and Missouri remembers him as anything but a 49er.

So on this list, only players that genuinely left a lasting impact or legacy with the team will be considered. Sorry Titans fans, you don’t get Randy Moss.

There are a few franchises that have jumped around, changed cities, and even changed names. We’re going to break them down on a team by team basis, as there aren’t really rules for this.

The positions at play are…

As I get around to doing these teams (Ha! Don’t hold your breath), I’m going to hyperlink the teams to the article breaking down their best player at each position! So if you’re really into this piece (no idea why you would be), just go ahead and favorite it and come back whenever you’d like!

After I do all the teams, I think I’m going to come back and do the divisions as well.

3 thoughts on “The All-Franchise Team: A Series”