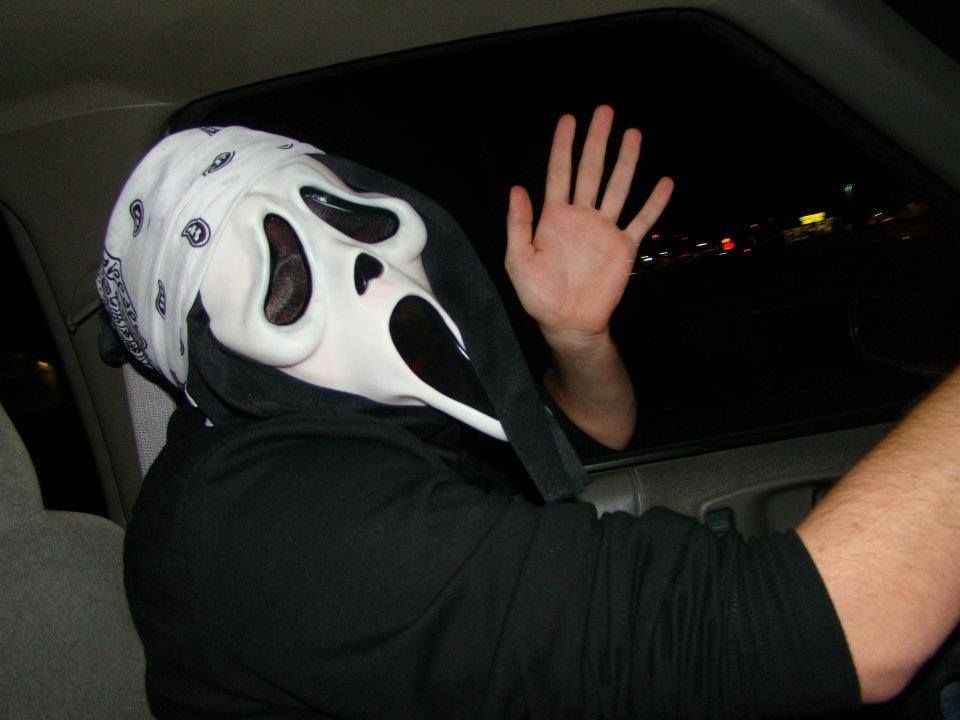 The NFL season is almost over, and that would lead many people to believe everything’s figured out. And for the most part, many things have already been decided. The Kansas City Chiefs, New England Patriots, Los Angeles Rams, and New Orleans Saints are basically locked in, with the Houston Texans, Los Angeles Chargers, and Chicago Bears a shoo-in.

But instead of focusing on the obvious or rolling out a dozen articles about stuff that even the most casual NFL fan already knows, I’ve gone full Charlie Day and constructed a wild web with the last three seasons. Here are a few absolutely wild NFL predictions that will dramatically impact the playoffs.

The 3-Win Raiders Will WIN Out

For the Raiders, it’s really simple. Over the last few weeks, things have begun to change in Oakland. Maybe some cancerous personalities are gone, maybe Jon Gruden has brainwashed his team, or maybe they’ve just started to figure things out. That’s not a crazy idea if you think about it.

Derek Carr hasn’t thrown in an interception in two months, Marcell Ateman and Jared Cook are going insane on offense, and the duo of Karl Joseph and Gareon Conley are starting to play like first round picks. About a month ago, they stole an ugly win against Josh Rosen and the Arizona Cardinals. On the road, against an unpredictable Ravens team, they showed heart. The week after that, they went toe to toe with the Kansas City Chiefs, nearly winning. And finally last week, they were able to beat the Pittsburgh Steelers, making Ben Roethlisberger 0-4, and potentially forever winless in the coliseum.

And I believe they’re winning out. Here’s how.

Next week, they play the Cincinnati Bengals. The Bengals won’t have Andy Dalton or A.J. Green. They’ve lost seven of their last eight, by multiple touchdowns on four occasions. Coming off back to back weeks where the Raiders played extremely well on offense, I’m willing to bet they steal a win here.

The week after that, they host the Denver Broncos. The Broncos beat the Raiders by one point in a hideously ugly game back in September, but that was on the road and Carr was clearly still struggling with Gruden’s offense. The Broncos are a solid team, and they’ve been competitive in most of their games this year, only losing by more than a touchdown on two occasions, the last one being in October. However, they are banged up on offense, especially at receiver, and Case Keenum is struggling mightily to replicate what he did in 2017 with the Minnesota Vikings.

Surely the 11-2 Chiefs will beat the Oakland Raiders, right? Well…

The Kansas City Chiefs Will Lose Out

YUP! The Kansas City Chiefs have only lost two games all year, but in this psychotic clickbait, I’m saying they drop the next three. Let me break down why the AFC’s current number one seed will end up as a wild card team.

Kansas City’s defense is atrocious. How atrocious are they? They’re giving up over 400 yards and 27 points a game. They’ve snuck by against Derek Carr and Lamar Jackson the last two weeks, but it doesn’t get any easier moving forward.

This Thursday, they host Philip Rivers and the Los Angeles Chargers in what is essentially for the AFC West title. This is going to be Kansas City’s biggest challenge. The Chargers have a top ten defense and an explosive offense. It should be a shootout, but the Chiefs can’t expect to keep getting lucky in high-scoring games, especially on a short week after a grueling overtime game. Short weeks usually hurt the visiting team, so there’s a chance the Chiefs just run away with this game, but that would destroy my fantasy so we’re going to ignore that and move onto the week after.

The week after that, the Chiefs travel to Seattle to take on the Seahawks on Sunday Night Football, and this is a huge game for both teams. At this point, the Chiefs will technically be tied with the Chargers for the division title, and they’ll need to win this one. I’m saying that they don’t. It’s hard to play in Seattle, and they’re deceptively good. This is a Seahawks team that nearly beat Chicago and has competed with the Rams both times they’ve played. Seattle’s dominant run game keeps Patrick Mahomes off the field, while Russell Wilson puts points on the board.

This puts the Chiefs at 11-4. That same day, the Chargers host the Baltimore Ravens. I’m saying the Chargers win that game, because frankly, the Ravens just aren’t good enough on offense. The Chiefs are down a game with the hypothetical tie-breaker, making the Raiders a must-win game.

The Upset of the Year

This is where it gets a little funny. This is where all the people who have never gone out on a limb and made an unlikely sports prediction laugh at me and retweet ironically. This part right here is where the guy who thinks “Drew Brees is actually better than Tom Brady” because of regular season stats does a spit take.

This game will be a huge deal for the Oakland Raiders. Firstly, it’ll likely be the last time they ever play a game with that name. Next year, barring some insane legal aerobics, the Raiders will be playing their games elsewhere. Maybe it’ll be San Francisco across the bay, maybe it’ll stay in the AFC West, back in San Diego. Or perhaps, it’ll be in a parking lot, somewhere in Reno. Regardless, this game carries a lot of weight for the Raiders.

This is a Raiders team that’s endured a ton of hell this year. First of all, they haven’t been very good. They’ll likely pick in the top five, maybe even the top two, if we’re thinking about the world outside of this silly article. They’ve been a very popular media target since re-hiring Jon Gruden, and then trading the likes of Khalil Mack and Amari Cooper, who have played extremely well for their new teams.

But they’ve been playing differently the last few weeks. These young players are starting to believe, and they’ve shown a lot of heart. Meanwhile, the Chiefs are still recovering from the Kareem Hunt scandal, their defense is atrocious, and they haven’t had a truly convincing win in several weeks.

Downtrodden from Andy Reid’s annual implosion, wouldn’t it be wild if Gruden rallied the troops, pulled out all the stops, and fired them up to win one huge game. Get the “Carr can’t win in Arrowhead” monkey off his back, prove to everyone that this team has heart and can win, and most importantly, stick it to the biggest bully in the division.

They nearly beat Kansas City in Oakland two weeks ago, and I think both teams have trended in the opposite direction since then. Honestly, if the Raiders can just slow Travis Kelce down, is this really such an impossible pipe dream?

Yeah, yeah, it kinda is. Still think it could happen though.

Oh, this article isn’t done, I’ve got one last crazy take before I go to bed.

Two weeks removed from being spanked in Houston, I’m saying that Baker Mayfield and the Browns keep playing football after week 17. This is a wild pick because they have a 0.2% of making the playoffs. They have the 25th best odds to make the playoffs. Here’s how they do it.

Step One: They’re Winning Out.

Now, the Browns aren’t winning the AFC North. They’d need the Pittsburgh Steelers to lose out, and while the New Orleans Saints and New England Patriots could be trouble, as I’ve expressed repeatedly in here, the Bengals are terrible. It would be awesome if the Bengals upset the Steelers in week 17, but I wouldn’t count on that. That means, it’s gotta be the sixth seed.

By winning out, the Browns essentially eliminate the Denver Broncos and Baltimore Ravens. Cleveland would have head-to-head wins over both squads with similar records. This is where Cleveland needs a little help.

Right now, the Ravens, Indianapolis Colts, Miami Dolphins, Tennessee Titans, and Broncos are ahead of the Browns. Cleveland would need each of these teams to lose at least two games. Fortunately, Cleveland hasn’t lost to any of these teams yet, so they don’t have that tiebreaker to worry about.

The Colts play the Dallas Cowboys, the New York Giants, and the Tennessee Titans to wrap up the season. That’s good news for the Browns for two reasons. Firstly, the Colts have to play the Titans, who are also ahead of the Browns. Secondly, the Dallas Cowboys and New York Giants could both give the Colts trouble. Dallas seems like a lock to beat Indy, and if the Giants play their cards right, they could pull off the upset too.

The Dolphins have to travel to Minnesota to take on the Vikings, host the Jaguars, and then travel to Buffalo to take on the Bills. The Bills have been pulling upsets left and right all year, not to mention, the Dolphins struggle in colder climates, the Jaguars still have the defensive pieces to beat anyone on a good day, and the Vikings are good enough on defense to fluster the modern remake of Ace Ventura’s supporting cast. It’s not hard to see two losses in here.

The Titans are a little more complicated. They’re not a great team, and they’ve certainly had their struggles, but there aren’t three home run losses here. They travel to New Meadowlands (do we still have to call it new?) to take on the New York Giants, which I think the Titans should lose, but then they host the Redskins and the Colts. The Redskins are such a mess, I have a hard time imagining them beating anyone, and the Colts… I never know with them.

But let me tell you something about improbability.

What if I told you that once upon a time, there was a freshman JV quarterback who didn’t get to play in a single game, despite the fact that his team didn’t score a single touchdown all year? What if I told you that this quarterback was probably better suited for baseball, but he followed his football dreams. And even when his team went 6-4 and his numbers were underwhelming by high school standards, he still didn’t give up on his dream.

That same quarterback would finally get an offer to play college football, but only as the school’s seventh string quarterback. After two years of fighting for playing time, he was briefly named the starter, before his coach made him share reps with another quarterback, one who was a much better athlete, which all but crushed his NFL dreams.

He was barely drafted, and by dumb luck alone, he ended up the fourth quarterback on the only team in the NFL to keep four quarterbacks. Think about how rare it is for teams keep three quarterbacks, let alone four. After working his ass off in practice and the preseason, along with one of the other backups retiring, this kid managed to become the backup quarterback.

Then, on September 23rd, 2001, with five minutes remaining in the fourth quarter, linebacker Mo Lewis crashed into quarterback, Drew Bledsoe on the sideline, rupturing his spleen. At that moment, our friend, the persistent backup quarterback got his first real NFL playing time.

As I’m sure you’ve figured out now, that quarterback’s name was Tom Brady. A tuck rule and a sleeveless hoodie later, he’s won more Super Bowls than any other quarterback in NFL history and is widely considered the Greatest of All Time.

I’m just saying, if there’s anywhere in the world where a million improbable things can happen exactly the way they need to, it’s the professional sports league where a kid who couldn’t see the field on a winless JV team becomes the best quarterback of all time.