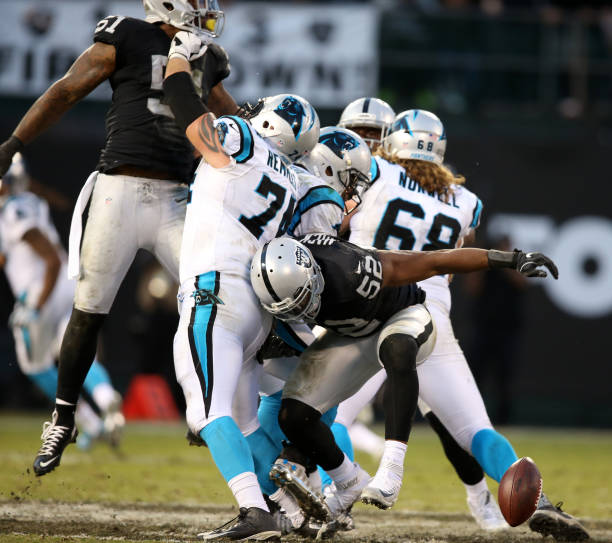 With only a few home games remaining, it’s time to look back at the incredible history the Oakland Raiders have made in the Coliseum. While a shadow of the marvel it once was, there are few stadiums in the world that have seen as much history as “the Black Hole” has since it was erected in September of 1966. As time runs out on the Oakland Raiders, we’ll revisit some of the best memories in the stadium’s great history before each of the last five home games.

Coliseum Dreaming: The Raiders That Never Were

For the last article in the series, I decided to take on something a little more modern, and more than a little bittersweet. In an era lacking many big wins at home, This is probably my fondest memory as a Raiders fan over the last decade and a half. This is a game that opened the door for a brand new world of possibilities in Oakland. This is the game where Raider Nation started to believe.

I’m referring to November 27th, 2016. The setting? Obviously, the Oakland Coliseum, Oakland, California. The Raiders were hosting Cam Newton and the Carolina Panthers. At this point, the Raiders were 8-2, tying the mark for most wins in a single season since 2002, and the Panthers were 4-6, coming off a season where they won the NFC Championship.

The Raiders got off to a hot start, taking a 24-7 lead into halftime, highlighted by a touchdown pass from Derek Carr, a score on the ground from Latavius Murray, and a pick-six from eventual Defensive Player of the Year, Khalil Mack. It looked like the Raiders were going to run away with it, securing their ninth win in style in front of Steph Curry, Bret Hart, and the entire football world.

But, on the second play of the first half, something bad happened. Carr fumbled a snap, clutching his hand, and the Panthers recovered. Not only was Carr injured, questionable to return, but the Panthers quickly marched down the field and scored. On Oakland’s next offensive series, Matt McGloin was in at quarterback, and the team quickly went three and out.

The Panthers scored again, bringing the score back to within five, but there was good news. Derek Carr was back in the game, and all was saved… or so we thought, as Carr’s fourth pass of the drive went to Thomas Davis, a linebacker for the Panthers. Five plays later, Jonathan Stewart plunged into the endzone, giving the Panthers a one point lead before Cam Newton’s two point conversion attempt fell incomplete.

Bad turned to worse on the next drive, where Derek Carr had three straight incompletions, and the Raiders had to punt, meaning that the Raiders had six straight possessions without scoring a single point on offense. Seven plays later, Cam Newton found Kelvin Benjamin on a 44 yard touchdown, giving the Panthers an eight point lead with 13 minutes left in the game.

But if you remember anything about the 2016 Oakland Raiders, you remember that they were a persistent bunch. They never turned down an opportunity to make a dramatic comeback, and this was no exception.

Derek Carr led the Raiders on a ten play, five minute drive, resulting in a 12 yard touchdown to tight end Clive Walford. In typical 2016 Raiders fashion, they went for two, and Carr successfully hit Seth Roberts in the endzone to tie the game up at 32.

On the next drive, the Raiders forced a punt, getting the ball back at their own 13 with five minutes left. The drive started, ironically enough, with a four yard loss, with Carolina’s James Bradberry pushing Carr out of bounds at his own nine yard line.

That didn’t stop the Raiders though, it only slowed them down. That was the thing about that Raiders team, nothing on the field ever really seemed to stop them. They marched down the field on a 12 play, 3:20 drive, and good ol’ reliable, Sebastian Janikowski kicked a go-ahead 23 yard field goal.

The Panthers weren’t done yet though, and they tried their best to make things interesting. Cam Newton dragged the Panthers 33 yards down the field in less than a minute, and he had them just around midfield when Khalil Mack struck.

Mack ripped the ball out of Cam’s hands, recovered it by himself, and secured the win for the Raiders. But not just any win. It was win number nine. The elusive ninth win that Raider Nation has experienced only once since 2002.

But for one awesome moment, it was good to be a Raiders fan.