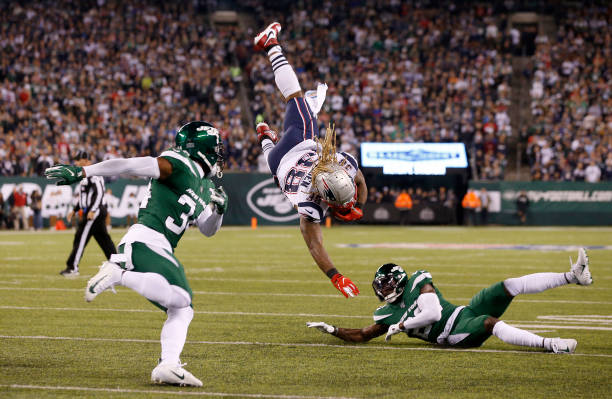 A combination of upsets and risque picks hurt me last week. Let’s get back on track in week nine.

I like how even when the NFL does schedule a good Thursday Night Football game, it ends up being crappy. Maybe they should just go back to putting Seattle in primetime every week. At least those games were fun to watch…

49ers are banged up and a shadow of their former selves. I think the Packers roll, as they often do versus bad teams.

Man, I’m so sick of the stupid NFC East. I’m going to pick the Washington Football Team because their defense is pretty good and Daniel Jones made an 80 yard run look like a bad play.

Losing to Pittsburgh is rough, but it happens. Losing to Cincinnati? That’s brutal, hard to understand how that happens. If Mike Vrabel’s Titans lose three in a row, to a Bears team that’s going to turn the ball over one or two times in mind-numbing fashion? That’s embarrassing. At home, I think the Titans right the ship.

The Lions are absolutely hopeless. It’s amazing their record is as good as it looks, because they were absolutely steamrolled by the Indianapolis Colts last week. Shame, shame. Vikings win.

Trust me, this Panthers secondary wants nothing to do with Patrick Mahomes. I think the Chiefs continue their hot streak with a big win here.

Deshaun Watson beats the Jaguars so bad that he leaves Duval County as the AEW World Champion.

The Baltimore Ravens are a little banged up and a dollar short coming off a loss to their arch rivals, the Pittsburgh Steelers, but I think they can still travel west and take care of their oldest rivals, the Indianapolis Colts. As for Indy, their schedule takes a dark, dark turn as the weather gets colder.

Even traveling across the country, into a completely different time zone, Mr. Unlimited’s runaway MVP campaign can’t be stopped. The Seahawks embarrass the Bills.

So, I still don’t believe in the Denver Broncos, but they’re certainly making some headway. They’ve quietly strung together a few wins, and may be a team to watch as the weather starts to cool.

Yep. I know, the Chargers are “terrible,” and I’ve called the Raiders a 10 win team, but I just have a bad feeling. Justin Herbert is doing some impressive things this season, and it would be so painfully Raiders to win an ugly game in the cold and then lay an egg at their home away from home.

Rivalry renewed? Hardly. Even healthy, these Cowboys were a joke. The Steelers eat Dallas alive.

I almost picked the Dolphins, how crazy is that? These are two up-and-coming teams that are still very-much in the playoff conversation here in 2020. However, I do think Arizona is one step closer to the promised land, and I need to see more out of Tua before I crown his Dolphins.

Every week, Tampa Bay has seemingly gotten better this year. They’ve tweaked their game here and there, and I haven’t see anything similar from the Saints. The Saints look clumsy, and Sean Payton’s insistence on involving Taysom Hill every five seconds annoys me, and I’m not even a Saints fan. I think at home, the Bucs clobber the Saints.

Gross. Gross. Gross. I think the Pats win because the Jets are that bad… but if the Jets were gonna win a game, this might be it.